Without a doubt, mould is one of the worst home invades. Not only does it make your space look unsightly and create discomfort, mould can also cause numerous health problems for you and your loved ones — from breathing difficulties to skin rashes. While they're often overlooked, wardrobes are one of the most common places for mould growth; the dark and sometimes damp environment is one where mould spores thrive, so you'll need to take extra care to keep it at bay. Here are four essential tips to follow.

If you prefer to let your clothes air dry, remember to never put them away until they're fully dry. While it may be tempting when you're in a hurry, it's simply not worth the risk. Putting wet clothes inside a wardrobe drives up the humidity levels, causing mould to grow faster. Instead, leave them air drying long enough (preferably outside) before storing them, or use a tumble dryer to speed up the process.

2. Air out your wardrobe regularly

Even when you don't put wet clothes into your wardrobe, it's still a good idea to air out your wardrobe every once in a while. Air circulation is very important when creating an environment that will battle the growth of mould. Dark and closed off places like wardrobes are made even more mould-prone by a lack of fresh air. As such, leaving your wardrobe doors open for a day every month will go a long way in getting rid of any trapped moisture and preventing mould growth.

If you're still struggling to keep on top of wardrobe mould, you may live in a particularly humid home. In this case, using a dehumidifier can be a great solution. These electrical devices, which are available at a range of price points, draw moisture out of the air by drawing the air through a fan. Not only will using one in your bedroom reduce the risk of mould growth in your wardrobe, it will also decrease the health effects associated with humidity, from dehydration to excessive tiredness to muscle cramps.

4. Tackle mould as soon as you see it

Above all else, remember to never let mould get out of hand. No matter how many precautions you take, it's impossible to completely eliminate the risk of mould growth for certain, so always keep an eye out for spores. Unexplained health issues or a musty smell in your bedroom can also indicate a mould problem. Once mould takes hold, it will spread quickly, so it's best to call in mould removal specialists as soon as you notice growth. These specialists will safely and effectively eradicate mould from your home before it has a chance to get worse. Contact a mould removal service to learn more. 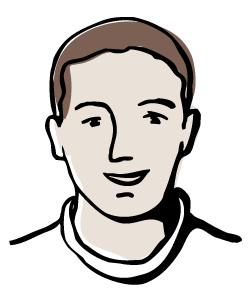 Hello, my name is Danny and this is a blog I was inspired to start when I hired a cleaning service contractor last year. After the birth of our first child, I noticed that my wife was becoming very stressed as she never felt she had enough time to do the housework. I work long hours and so I cannot help her out. A friend suggested that I call in a cleaning service. I gave the company a call and they came around for a chat. The next week they started work and I was really impressed so I decided to start a blog. Enjoy!